All those Swedish Gay Nannies …

I once heard a story that went like this:

Foreign woman: “You are from Sweden? I love Sweden! Especially all those gay Swedish nannies!”

Turns out that the non-Swedish woman had mistaken all the Swedish paternity dads taking care of their kids as being hired nannies. And she could not imagine a straight man working with kids, she had assumed that all the “nannies” where gay…

Fathers spending a lot of time off with their children might be exotic outside Sweden still, and in many ways Sweden (and other Nordic countries) are leading the way for society where children grow up with a more equal amount of male and female role models.

About 12% of Swedish couples have a setup where the mother and father split the days 50/50.

Gender equality is important in Sweden, and according to Wikipedia and the official website Sweden.se Sweden is in the forefront on this issues.

In 2006, the World Economic Forum introduced its annual Global Gender Gap Report, which measures equality in the areas of economics, politics, education and health. Since the report’s inception, Sweden has never finished lower than fourth in the Gender Gap rankings.

That does not mean, by any stretch of the imagination, that Sweden is a truly gender equal society. Far from it. Or that Swedish dads do as much of the work at home as the mothers do. They do not.

Mothers just work more than dads if you add up paid work and domestic work. But at least in Sweden the difference is much smaller than in other countries where the mothers work.

What it does mean is that Sweden there is a strong movement of dads stepping up and saying “I want to take a bigger responsibility in brining up my children too.”

Today the notion of a father staying home to take care of the kids may seem odd, strange, exotic – or even unmanly – in many parts of the world.

Women get more and more role models showing how they can step up and be equal to men in the workforce (Latest example: the national airline of Ethiopia announcing a flight with an all-female crew.)

And the more examples fathers get of other men choosing to stay home and raise their kids the bigger the chance that they too will see the opportunities and advantages that it could bring to have the father stay home.

I guess the conclusion is: The more we raise the awareness of fathers raising their kids the higher the chance that the percentage of fathers taking paternity leave will raise.

And that is why I am writing this blog.

The pictures in this post is from the book “Swedish Dads” by Johan Bävman who followed a number of Swedish dads on paternity leave. Another amazing project to raise awareness of  paternity leave. Read more about the book and get your own copy here. 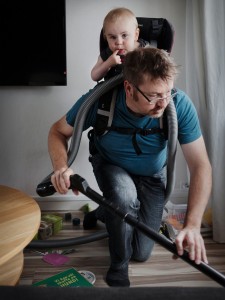 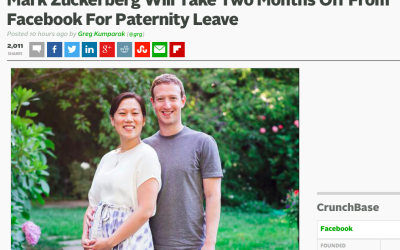