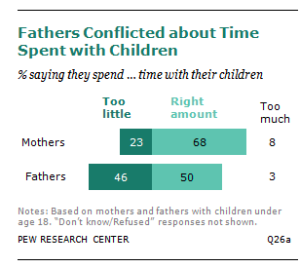 Fathering: What does the word mean to you?

There seems to be two fundamental meanings to the word (both when you look in the dictionary and when you do a search on Google.)
1) The first is that “fathering” means “bring into being, bring into the world, give life to”.

In essence it boils down to a man donating his sperm to help create a new life.

2) The second meaning of the world “fathering” is “to be the father of…” as in “treat with the protective care associated with a father.”.

In essence to be an active, and caring parent.

It is the same with the word “Paternity”.

The definition of the word “paternity” is: “(especially in legal contexts) the state of being someone’s father.”.

1) Your genes where used to create a new human so you are the child’s father.

Google the term “paternity” and ads for paternity testing comes up…

(Again, the idea of donating a sperm.)

2) The idea of taking full responsibility as one of two parents in regards to fostering a child.

The idea of being a dad.

That one letter “a” makes a huge difference in how you look at the concept of fathering a child.
The first view is that a father helps create a child, the other view is that a father is present to raise a child.
But to be present you need to be there.
It’s a decision – and a commitment – that you, as a father, have to make: to physically and mentally be there as much as you can and as much as the child needs it while your child is growing up.

To help bring a child to this world is the easy part.
To help raise it is the rewarding part.

Be more than a sperm. Be a dad.

Imagine a child who gets the one gift that he has always wished for – and then forgets to play with it only to find out that his parents gave it away since he did not play with it.

Picture the couple who never used the “fine China” because they saved it for a “Special Occasion” that never came.

Think of all the people who never approached that girl/boy because they were waiting for the perfect timing – only to see that very same person get involved with someone else because they never knew.

Sad, because they all had it there all along but let it slip between their fingers.

It is arguably the gift of becoming a parent.

No love is greater.

No gift last longer or is more rewarding.

No gift gives so much back.

So very often do you hear parents say: “What happened to my little child?”, “How did she grow up so quickly?!”, “Why did I not spend more time with kids when I had the chance?”

The answer is simple: They prioritised something else.

They decided that doing something else was more important than spending time with their children.

The sad truth is that we don’t.

Before you know it the kids will be out of the house, living their own lives, and you will be sitting in that very same (now quiet) house asking yourself “What just happened?”

Well, so does parenthood.

Take full advantage of every day, minute and second of parenting that you can get your hands on and you will leave this life feeling that you lived a life worth living.

Take the approach of thinking you will take the time off “later” and there will always be that risk that you don’t.

That would be sad.

So go for the alternative to sad: Be a dad. Now. 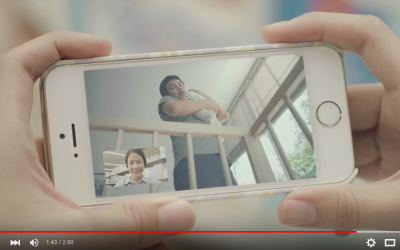